The British White is one of the oldest breeds in Britain and these animals were previously known as Park cattle. Originating at Whalley Abbey in mid – Lancashire, the original herd being dispersed in 1697.

They spread from this area and eventually become concentrated in East Anglia where most of the herds are still centred, although new herds have been established in many other parts of the country.

British White Cattle were first imported to Australia from the herd of the late Lt. Col. H. Cater, Woodbastwick, Norfolk, U.K. by Mrs Anthony Hordern in 1958.

The breed is identified by its white coat with black points at the muzzle, nose, ears and eyelids. The body and neck may have a splash or spots of colour particularly on the flanks or back and quite frequently breech marks. Some cattle appear in the breed with red points, but still retain the other makings. Mature cows weigh to 650 kgs and mature bulls to one tonne.

Vale Hill is an active member of the British White Cattle Society of Australia. 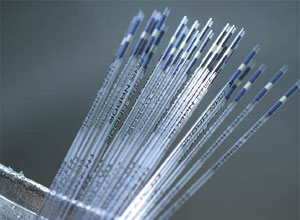 We have exclusive rights to sell British White semen straws in Australia from 4 high quality bulls from the UK and the USA.
Find out more here